Master Kwan was a highly revered and honored Kung Fu master of the “White Crane” School (Southern Style). He first learned martial arts in his operatic role. His Kung Fu Master was himself a showman and taught Kwan moves not seen previously. Kwan originated the “Omni-Directional Gangrou Fist” in 1970’s. He was also an expert Lion Dancer, who performed many difficult lion dance stunts, in both films and exhibitions. At the age of 85, he was still performing for charities.

In his lifelong pursuit of knowledge and excellence, he was also a keen observer of other martial arts forms, styles and weaponry. His willingness to add and expand his martial arts prowess and repertoire, enabled him to mastered the “Spanish Bull Whip” and to incorporate it as a highly effective and demonstrative weapon and as a prime example of how Kung Fu see the world.

Another formidable weapon, few have truly mastered, was the ancient Chinese “Strength Bow”, part of the requirement for the “Royal imperial Marital Examination”. The Bow required 300 pounds of pull (strength measurement) to expertly use with skilled deftness.  Kwan uses this weapon extensively during his fund-raising efforts throughout the war with Japan. 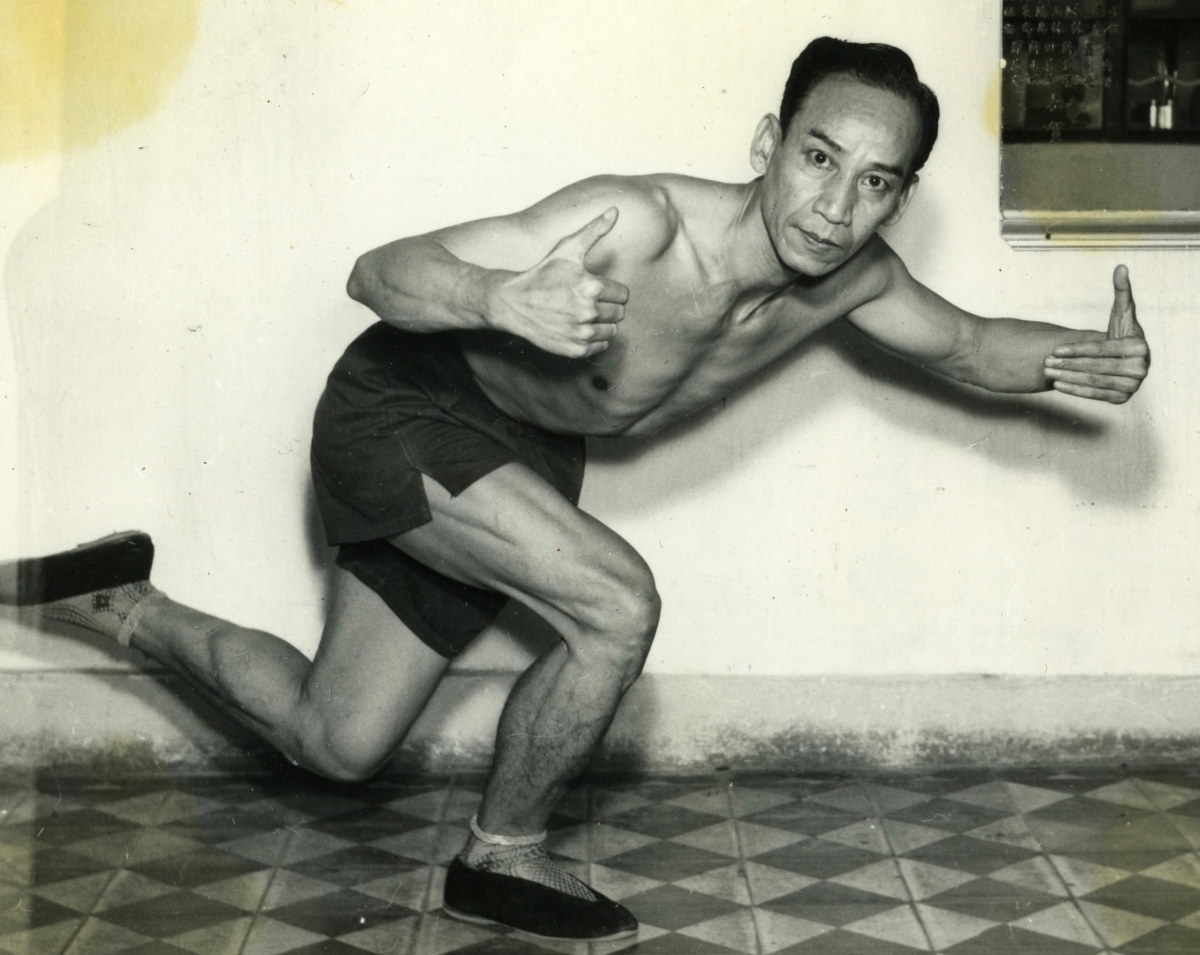 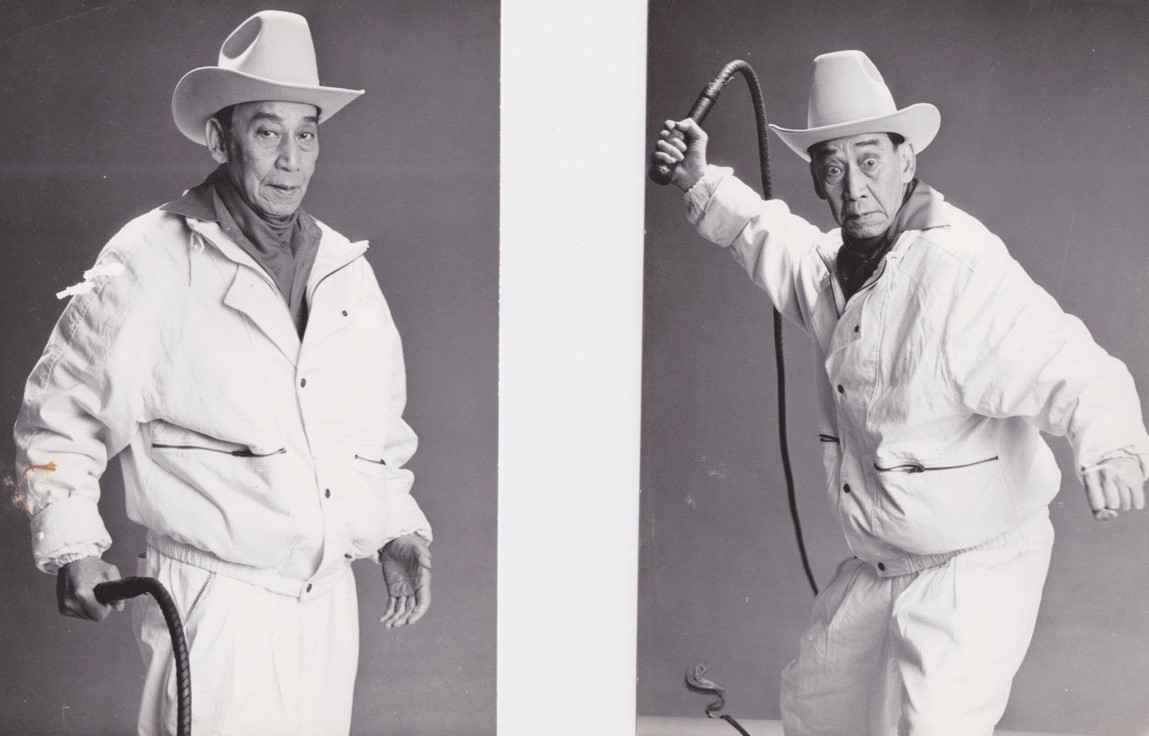 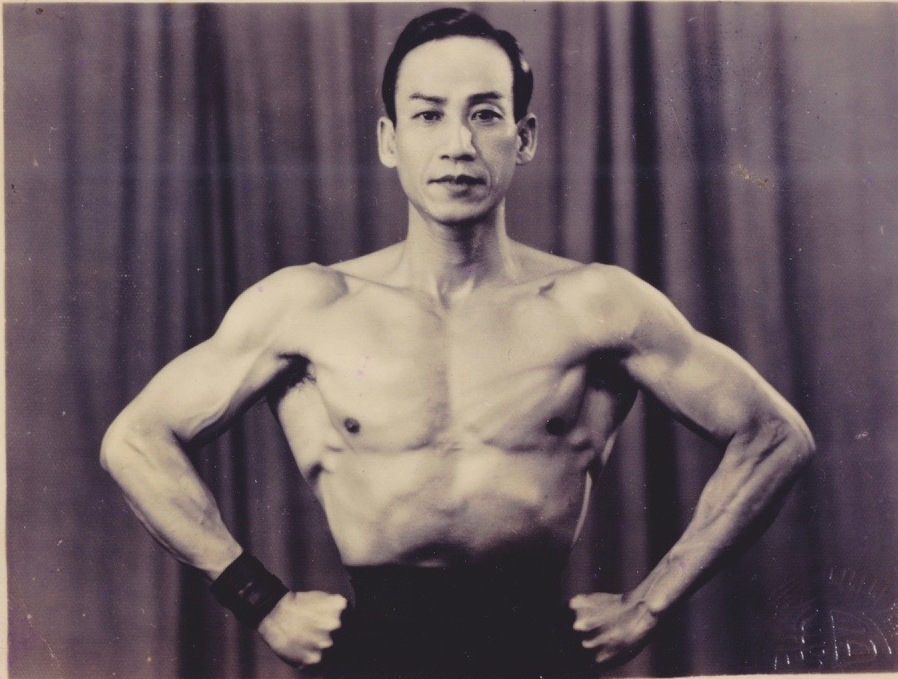